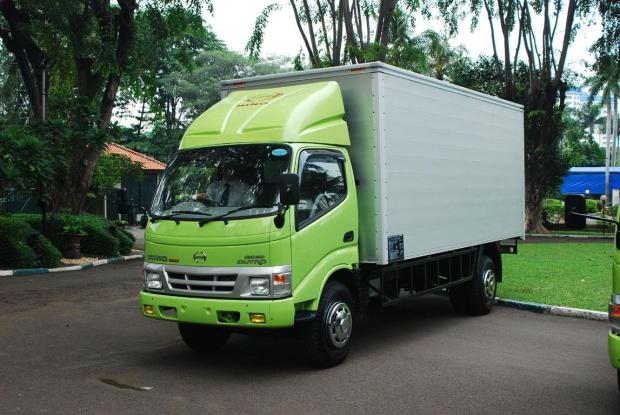 Hino has a very colorful history with its roots going back to the very founding of the Tokyo Gas Industry Company in 1910. The very first vehicle produced by the company was in 1913. In 1937 the Tokyo Gas Company and Tokyo Electric Power merged together to form the automobile division of Tokyo Automobile Industry. In 1941 the company’s name was officially changed to the Diesel Motor Industry Company and eventually became known as Isuzu Motors. The very next year in 1942 Hino was born.

The trucks are modeled into two different categories. The light duty trucks include the models 145, 165 and 185. Medium duty trucks include the 238, 258, 268 and 338 models. These models have a GVW range from 23,000 to 33,000 pounds. MDT trucks also feature an 8L J08 engine which is becoming very popular. Engine compartments are very roomy and all gauges can be accessed very easily from the driver’s seat. These features, not to mention the three person cab, are helping to make Hino one of the most popularly chosen truck brands in the world for light to medium duty loads.